Casa Cavallo – a restaurant emphasizes on its acoustics

Quality acoustics ensure an intimate, confidential situation in restaurants. Although conversations on neighboring tables can be heard, they cannot be understood. The guest is enveloped in a large acoustic scenario of talk bits, music and background noise and experiences an intimate moment in public.

Reverberant environments tend to be uncomfortable and impersonal. High background noise is a major burden on restaurant employees. A careful balance between intimacy and acoustic background scenario is a key feature in high-end gastronomy. [one_half] [caption id="attachment_1535" align="alignnone" width="1440"] 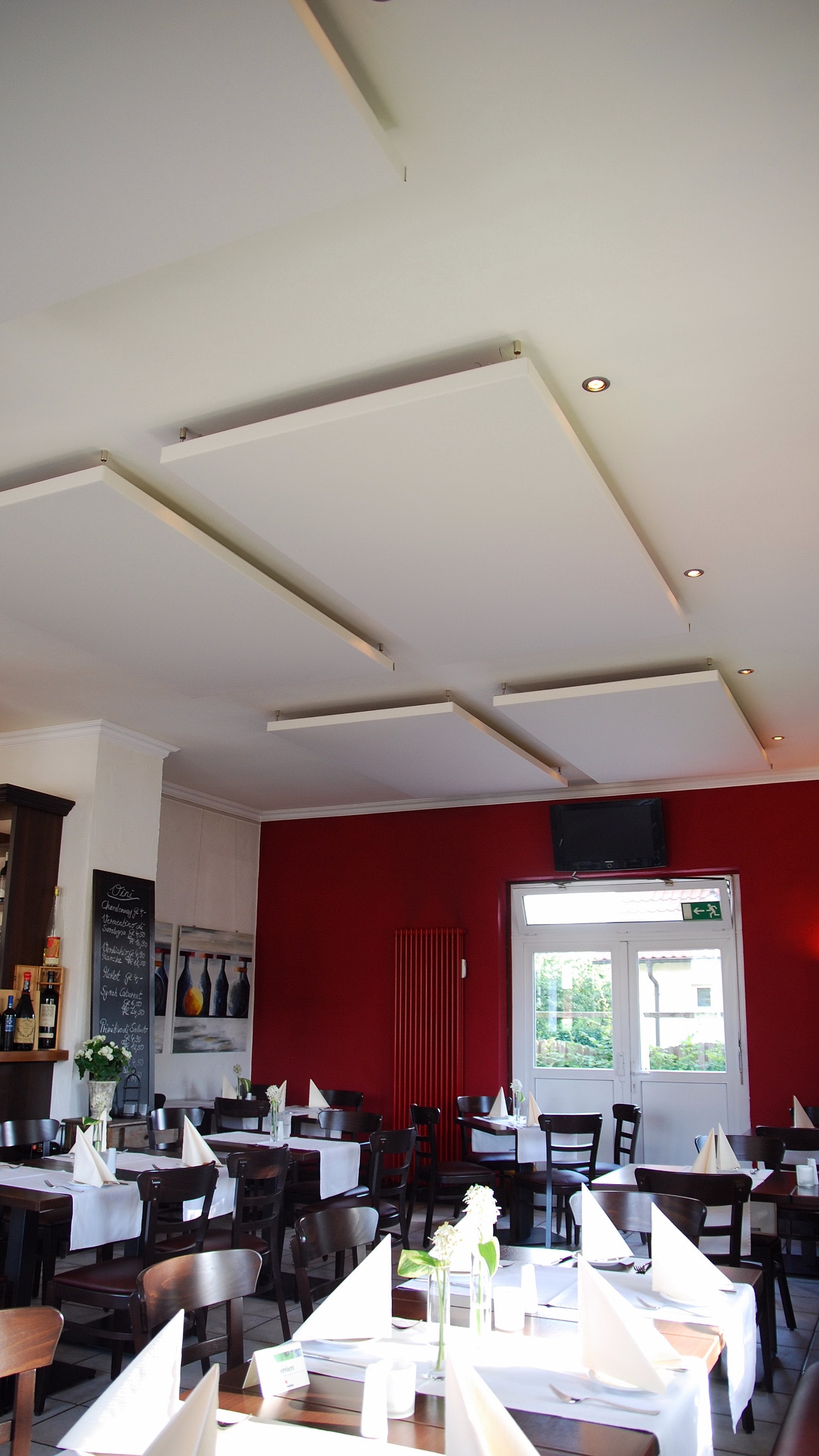 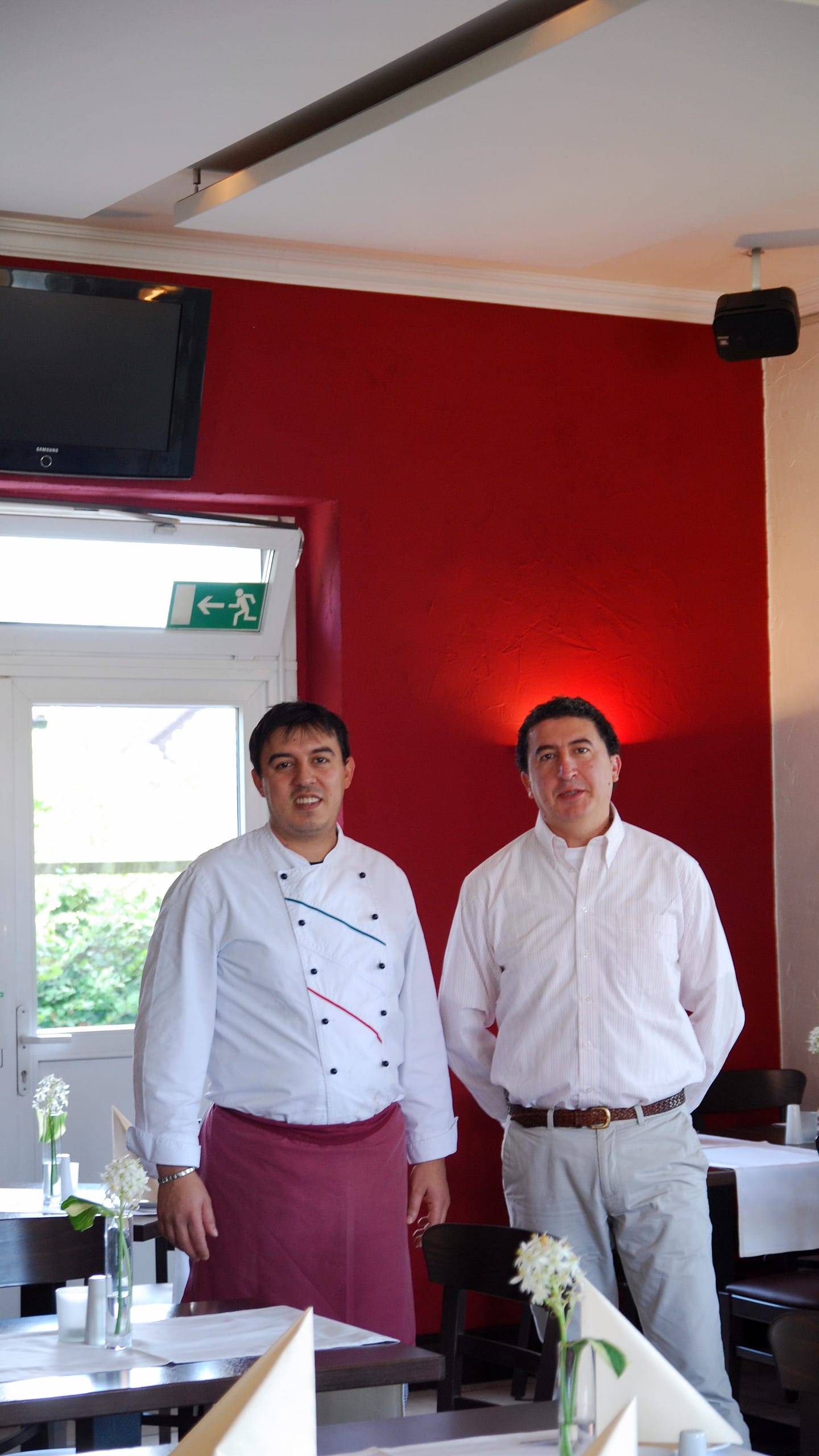 Owner[/caption] [/one_half_last] The modern Italian restaurant Casa Cavallo has a modern and sophisticated minimalist furnishing. To improve room acoustics, we installed a total of six ceiling panels type A500 on the ceiling which reduce reverberation time in frequencies relevant for language a lot. These modules are covered with a plain high-quality fabric and integrate very well into the room design. [one_half] [caption id="attachment_1533" align="alignnone" width="2560"] 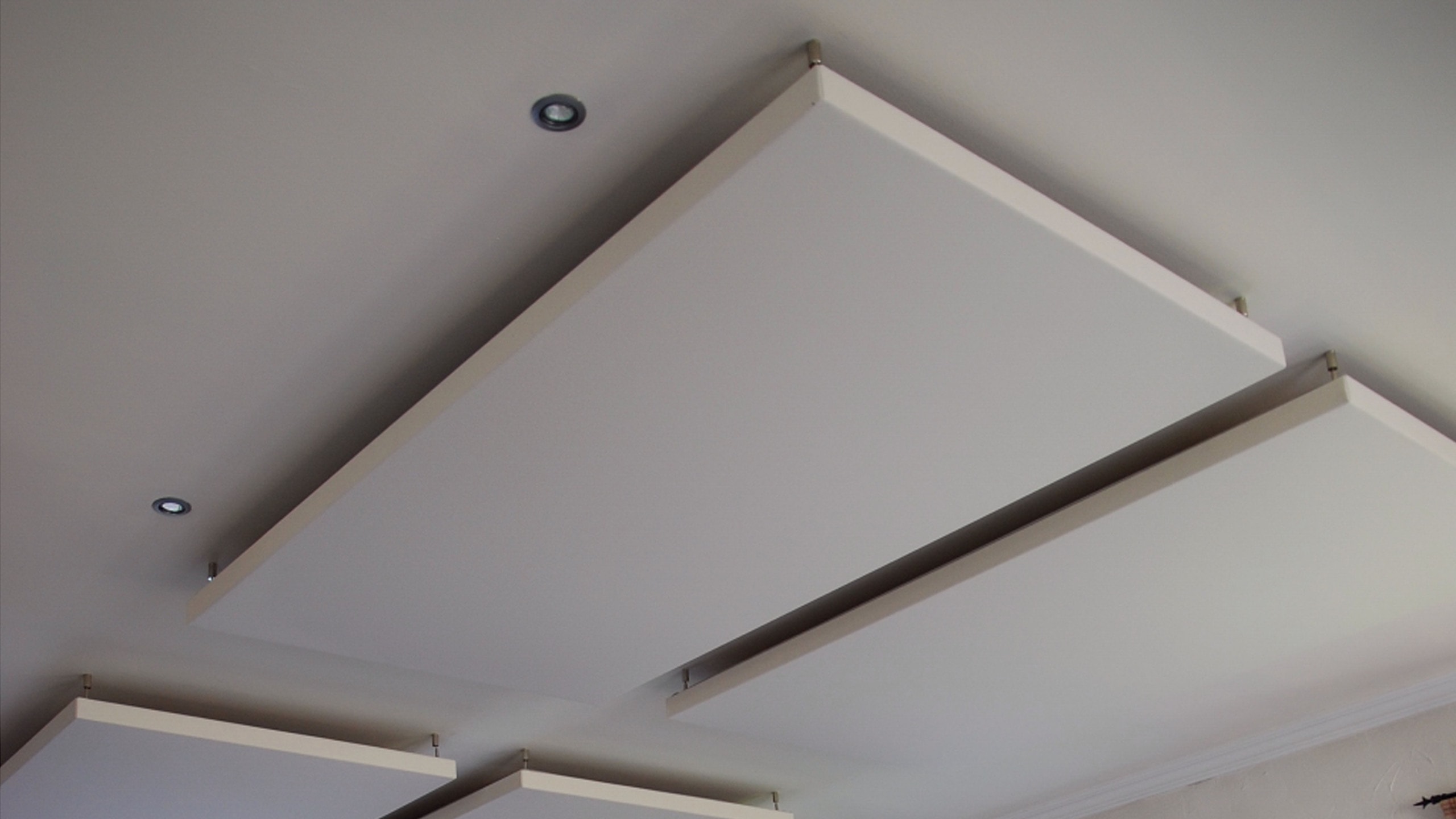 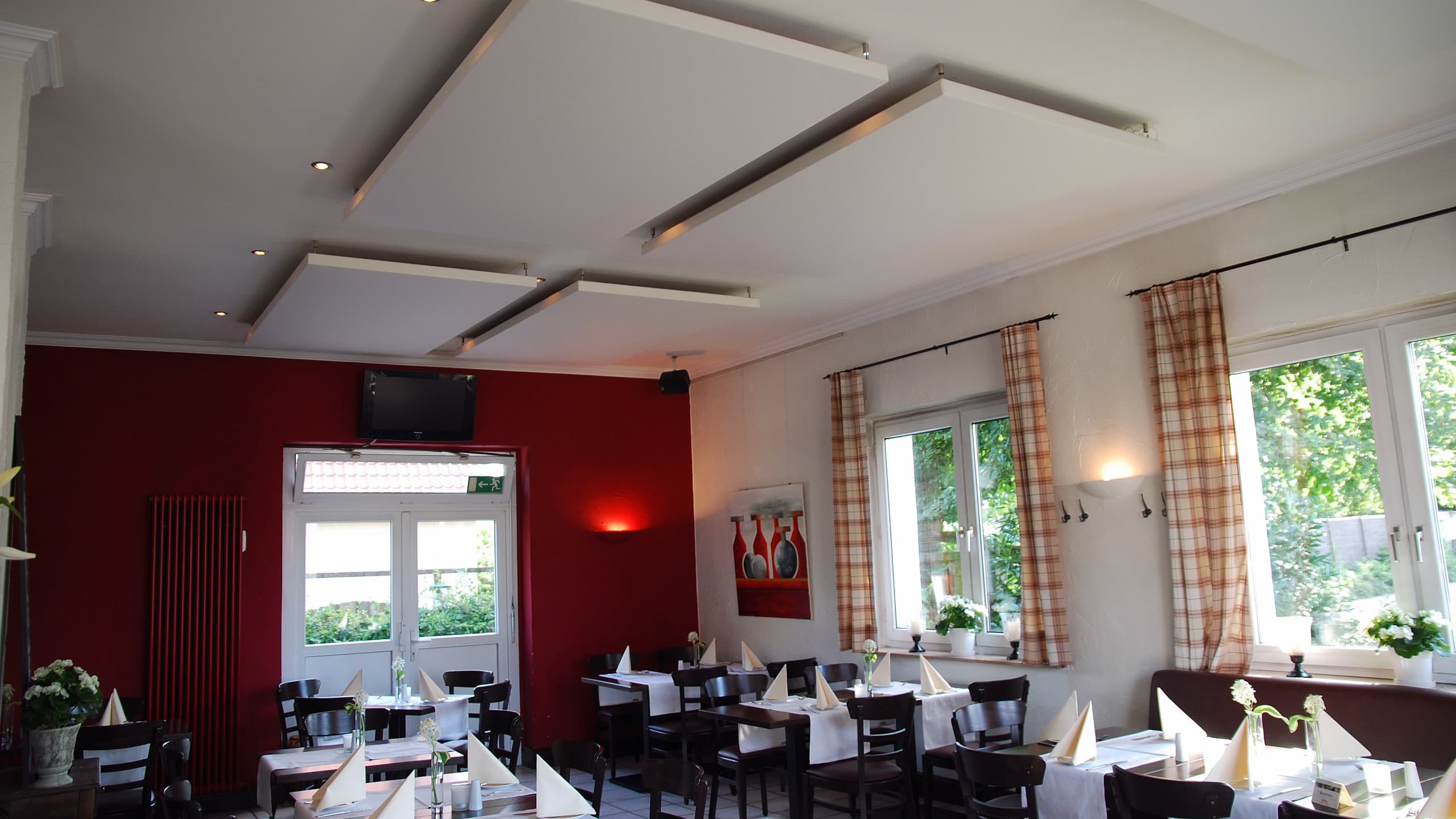 Restaurant - View 2[/caption] [/one_half_last] The owner Giuseppe Cavallo says laconically: “It works!”, while his wife Bettina Cavallo is somewhat clearer: “It sounds a lot better and the sound is not so bright, especially when the restaurant is fully attended and many children are present.”
ShareTweetSubscribe