Berlin based Cinesound studio is specialized in soundtracks and dubbing of television and cinema projects and offers full service. As a part of a larger new building, the acoustic planning of studio rooms was realized by mbakustik.

A particular requirement of the customer was to match the interior design of all studio rooms. A big and a small control room and a tracking room were integrated into the building.

The big control room was equipped with Masterlab bass traps, big broadband absorbers and diffusers of the type RPG Skyline. The skylines were color-coated by the client himself which turned out very well.

In the tracking room A100 broadband absorbers were used in their HR variant for high-frequency reflections as well as AV12 acoustic curtains. This way the room can be used very flexibly to record Foleys.

Karsten Ray – Sound Supervisor and CEO of Cinesound initially had concerns and was afraid that mixing and recording rooms would become too absorbent. Now he is very pleased with the implementation of his acoustic requirements.

“My demands were fulfilled 100%. The rooms are [highlight]very aesthetic and are perfectly useable[/highlight] on an acoustic level. We have enjoyed working with mbakustik and recommended them several times already.”

Of course, we are particularly pleased with that.
[one_third] [caption id="attachment_754" align="alignnone" width="2560"] 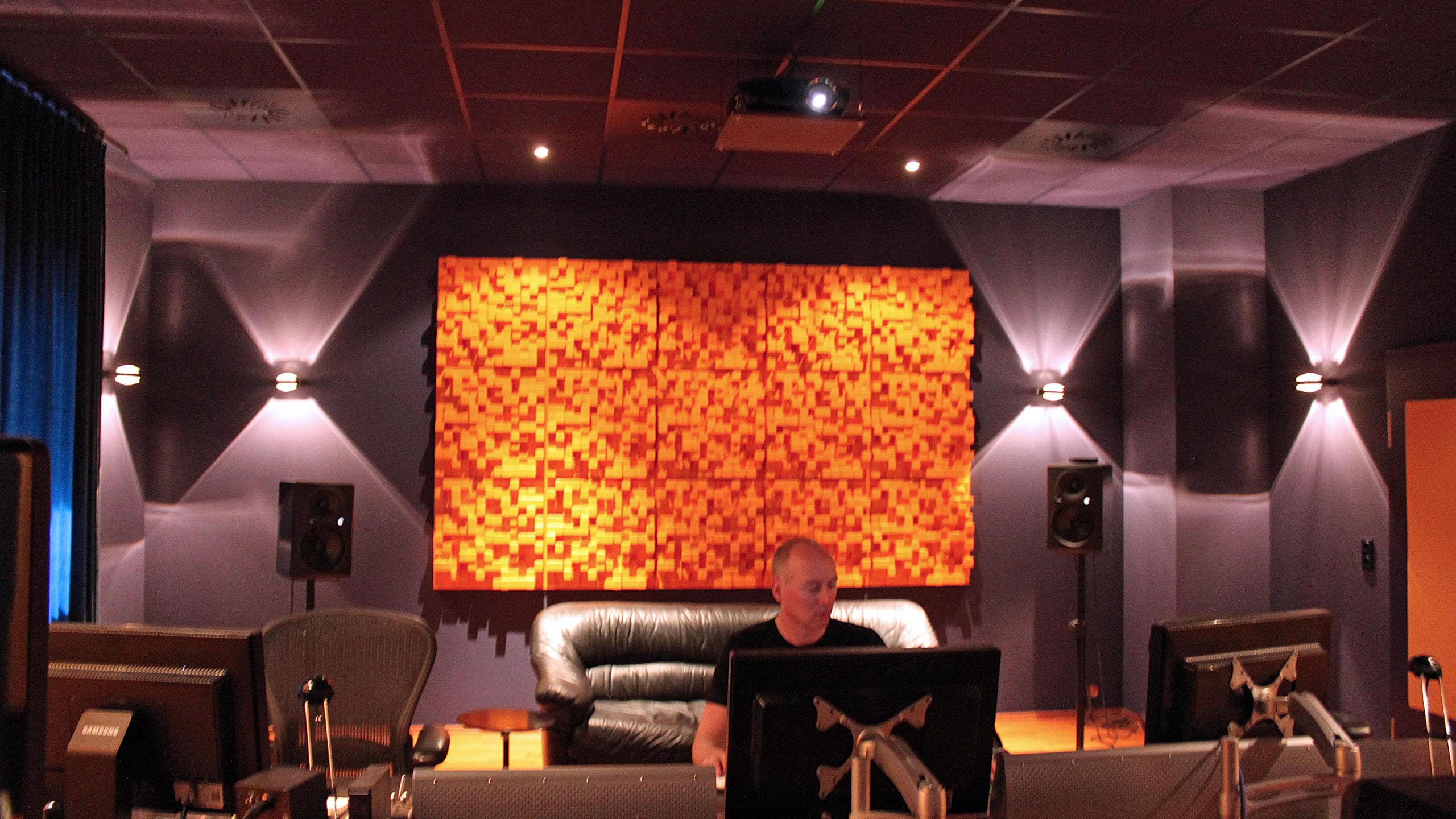 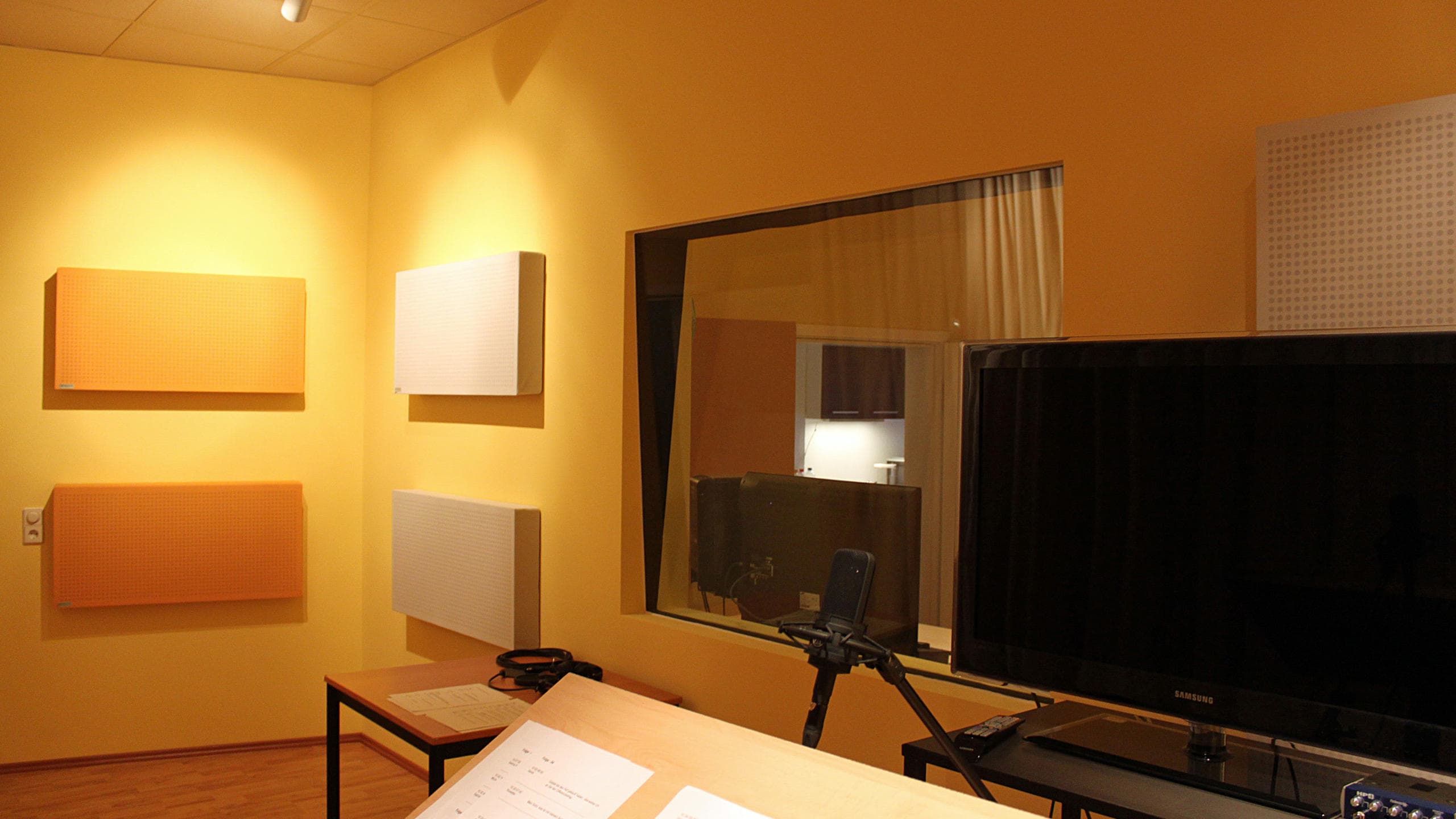