Home recording at its best: we have set up a control room for film music production in the basement of a new house for German film composer Hans Günter Wagener.

Fortunately we were involved very early in the planning of the new house, so we were able to carefully choose both room geometry and building materials. Due to its hillside location, the house benefits from daylight even in the basement. The resulting asymmetrical room is compensated by an acoustic curtain type AV20. 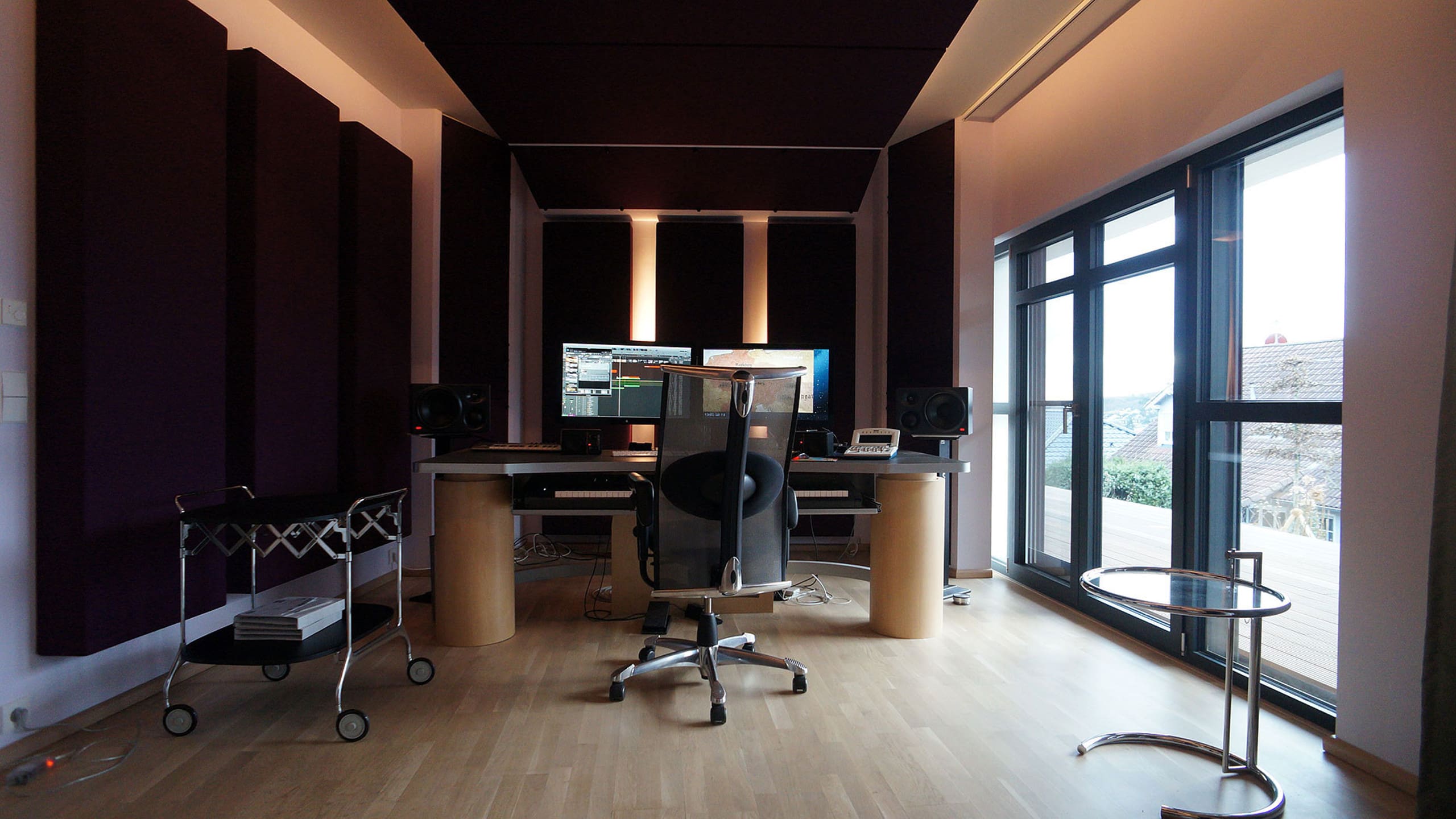 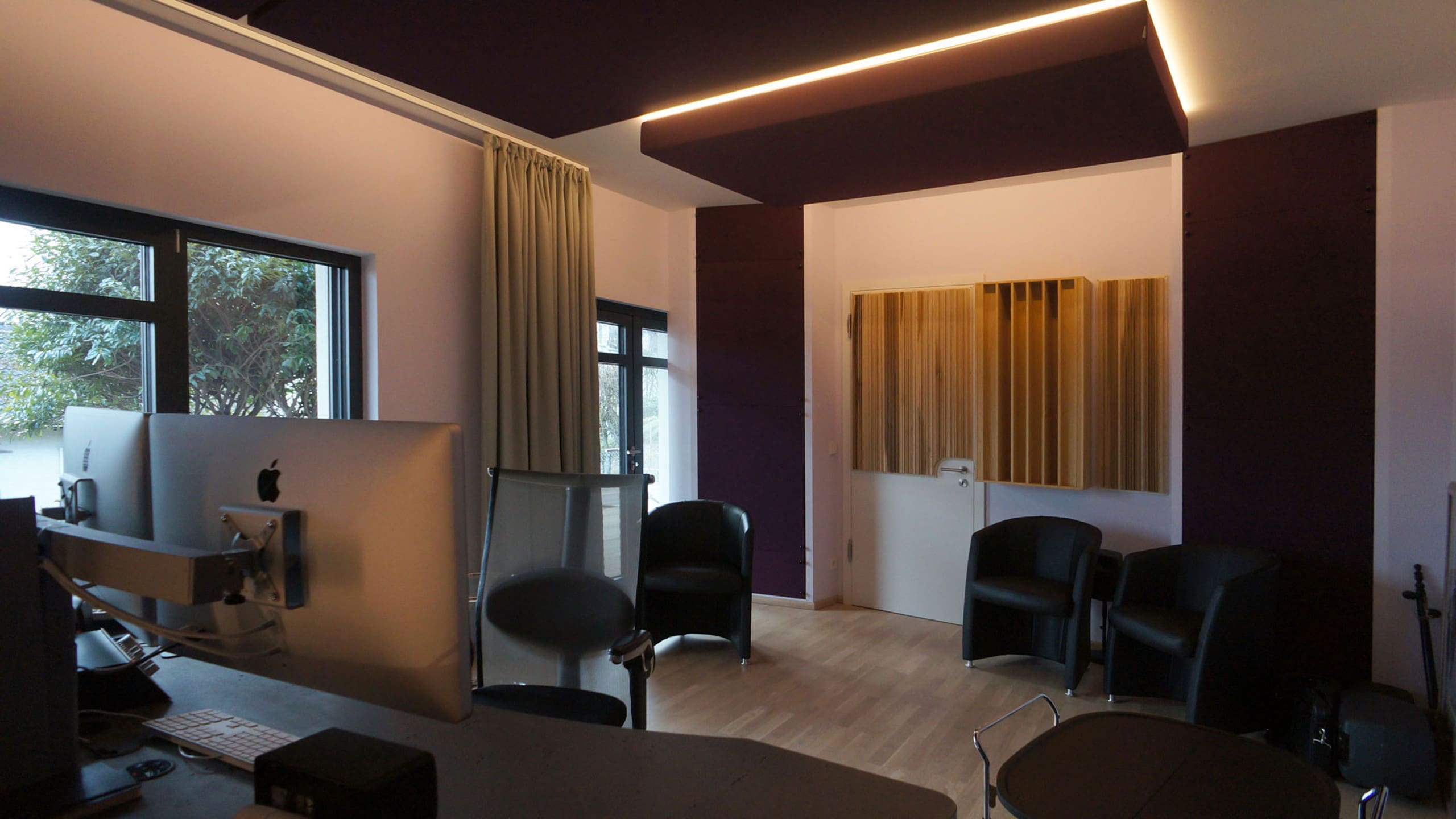 Hans Günter Wagener has been a key player in German TV business for decades. His credits include “Das Traumschiff“, „Die Schwarzwaldklinik“, „Abenteuer Wissen“, „Terra X“ and many others. For his daily work Mr. Wagener needs a private, domestic and always available environment, which nevertheless satisfies his professional standards and meets international standards. We are happy that he is “very pleased” with the acoustics of his new studio.

Several tuned bass traps type Masterlab A have been used in the rooms edge, where they are particularly effective. Since housing and front plate of this module can be separated, they were removed and could be painted matching the wall before the fabric-covered front plates were reassembled. Like this, the modules integrate perfectly into the room design. 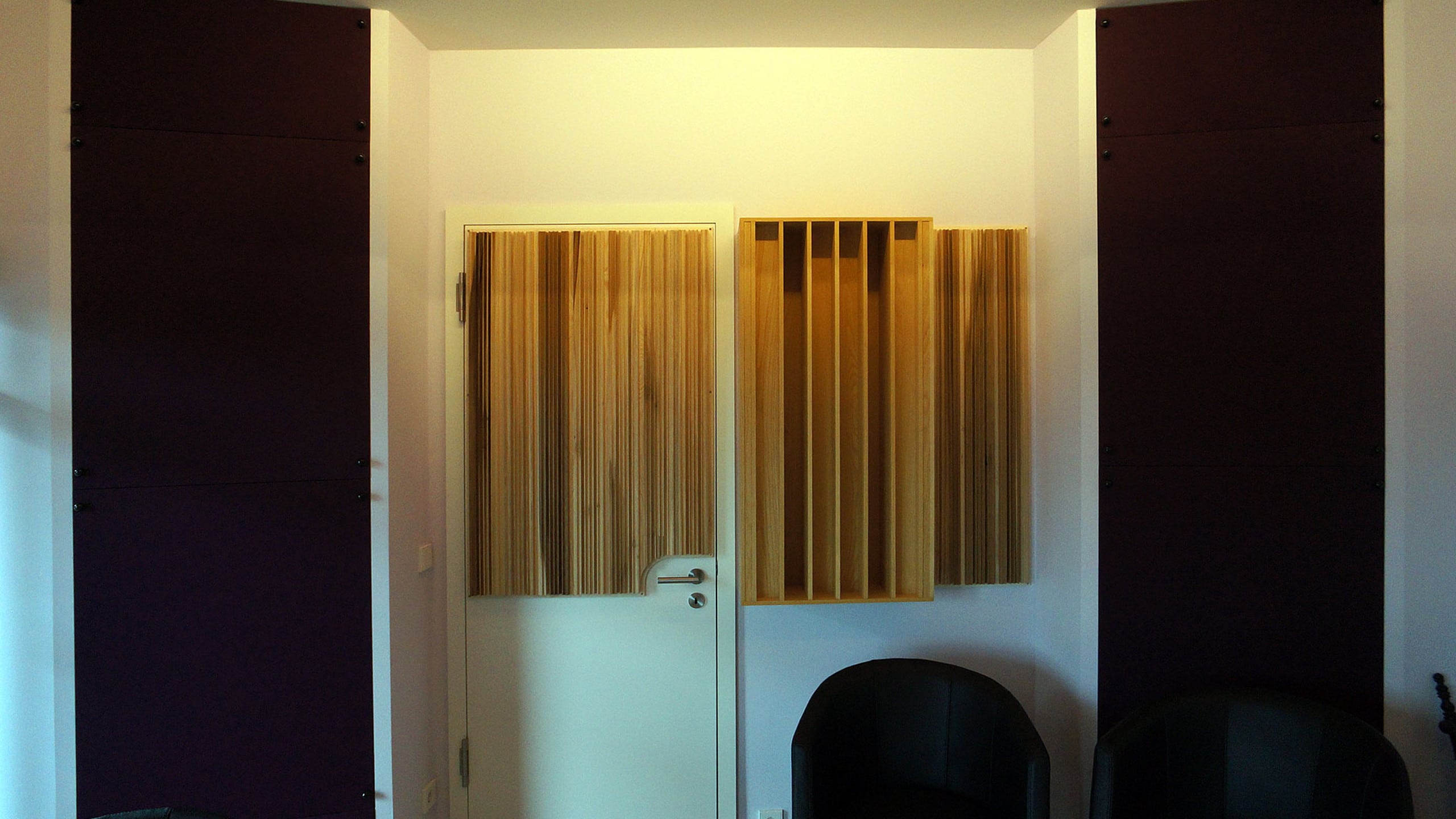 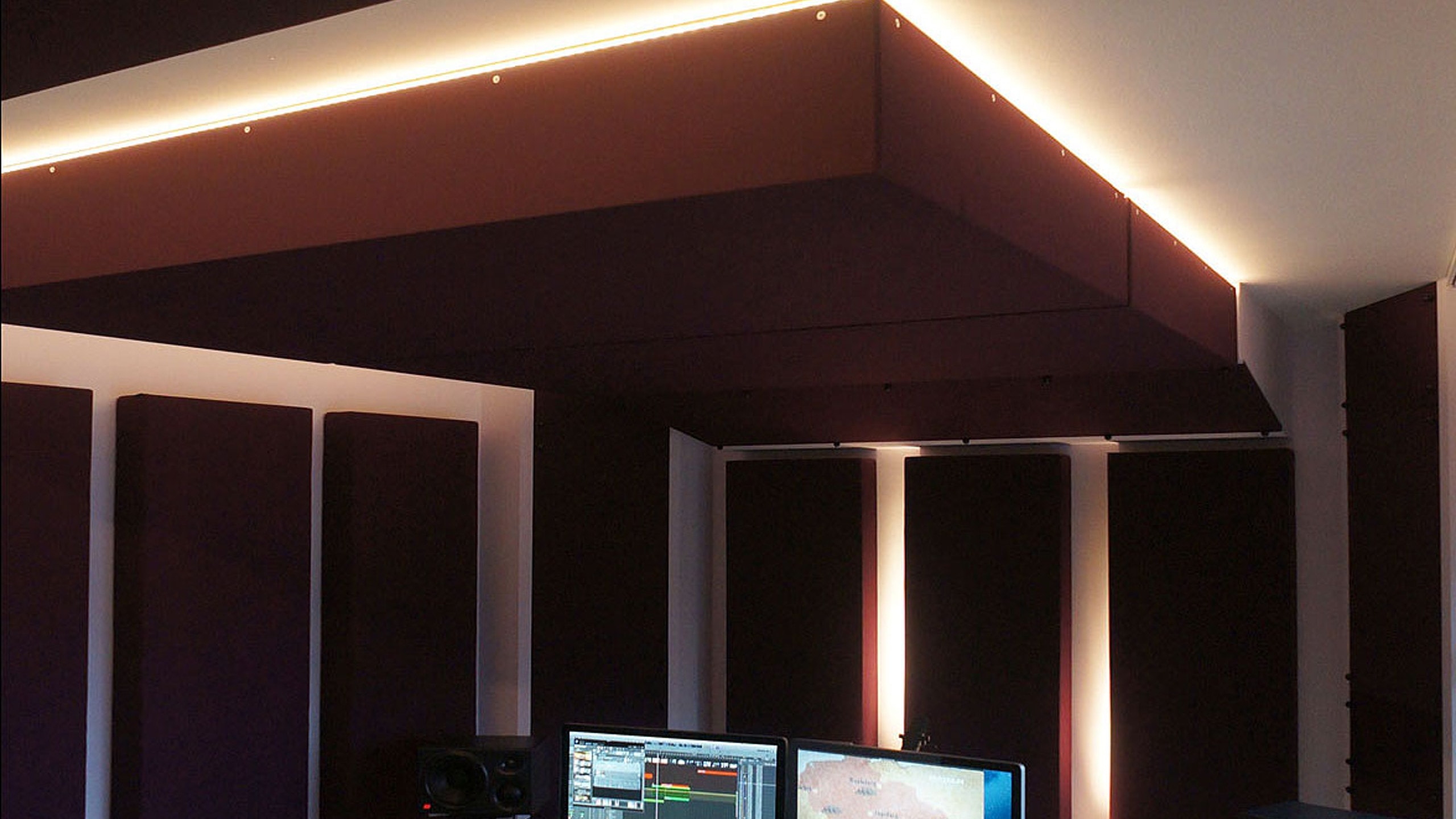 To attenuate the typical vertical mode at 69 Hz (corresponding to 2,5 m room height) two ceiling modules type BAB 270 have been installed. This composite panel absorber is working down to 60 Hz and reduces the typical “hole” at ear level caused by the first vertical mode.

In order to create a reflection free zone and dampen the reverberation time broadband absorbers of type A115 were used. All ceiling modules were fitted with LED strips to ensure an indirect lighting suitable to the studio room. On the back wall diffusers of type QRD734 and several Flutterfree panels suppress direct reflections. Additional absorbers would have dampened the room to much. 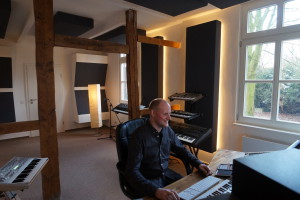 Henning Verlage is very busy as producer and keyboard player in “Unheilig” and “Neuroticfish”, side coach at “The Voice Kids” on SAT.1 [...] 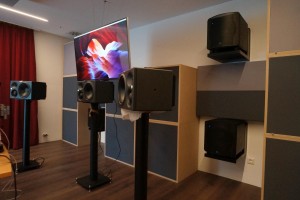