SDM UNCOMPROMISING STUDIO ACOUSTICS IN THE HEART OF EUROPE

Including breathtaking views of the Frankfurt skyline in the new CUPRA Music Labs of the world-renowned music manager Stefan Dabruck.

mbakustik GmbH successfully completed uncompromising studio acoustics for SDM Productions GmbH & Co. KG by Stefan Dabruck in 2021. In one of the most demanding building environments, the top floor of a skyscraper in the popular Westend of Frankfurt. Six studio rooms were planned, realized, and “acoustically ready” handed over to the proud owner.

THAT’S NEXT LEVEL! GERMAN SOUND-ENGINEERING FOR THE WORLD’S BEST PRODUCERS OF TOMORROW.

The mbakustik GmbH, an internationally recognized office for professional studio acoustics, realized for Stefan Dabruck, with more than 600 won diamond, platinum, and gold records one of the most successful music producers in the world, his future vision “of the best studio for the international production elite of tomorrow”. The manager of Robin Schulz, Alle Farben, Quarterhead, LOVRA, and Hugel, among others, has brought the dream of every music producer to life together with the young car brand CUPRA from SEAT: the CUPRA Music Labs – a high-end recording studio with the title WORLD CLASS. CUPRA offers artists a stage with the CUPRA Music Labs and is the first automobile manufacturer to have its own sound studio in which music is also the focus. 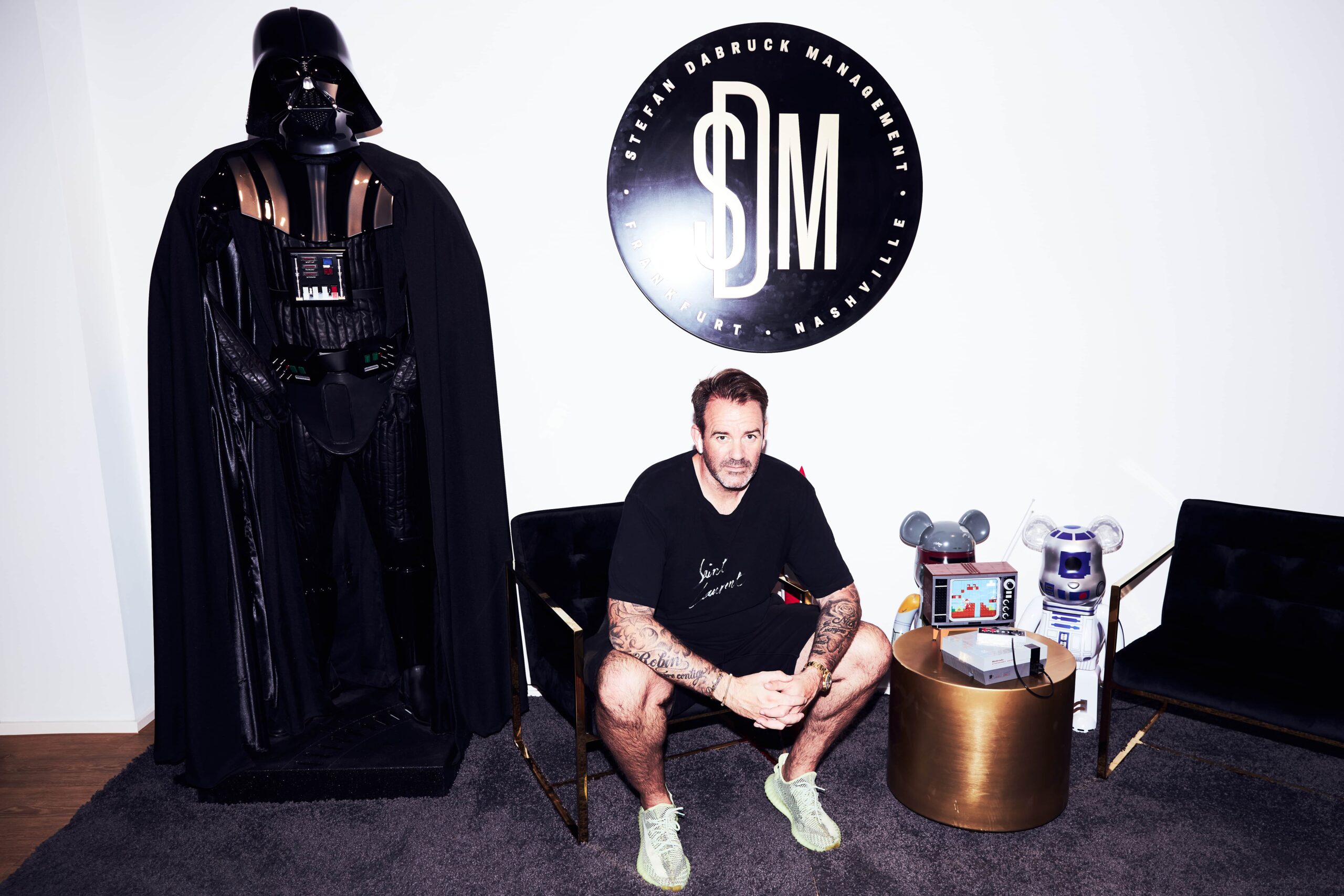 With the studios, we simply wanted to set an un reached landmark within the studio environment. Our aim was to build one of the technically best and best sounding studios in Central Europe. In the middle of the Frankfurt skyline, in the heart of Europe. And we managed to do that with our new five studios, the writing room and the vocalbooth. I would like to thank all partners and especially Markus from mbakustik and his dedicated team for the great work!

The extensive range of acoustic services provided by mbakustik GmbH extends impressively. From the design and implementation planning of the acoustic expansion, the detailed participation in the electrical, ventilation, and air conditioning planning to the implementation of the soundproof shells in the gutted storey to the room acoustic expansion and the commissioning of all studio rooms on site.

Due to the exceptional statics of the building, no large loads were allowed to be introduced. For this reason, mbakustik has developed solutions that offer optimal sound insulation at all times, despite this limitation. Thanks to a cement screed cleverly positioned against this background, absolutely nothing can be heard in the large Control A on the floor below. Even with extreme listening levels.

Even the sound insulation of the rooms to the corridor is a proud 65 dB. This has been achieved due to a consistently double-shell wall structure including sand filling. That way the sound development between all studio rooms is so low that it can no longer be determined by measurement. 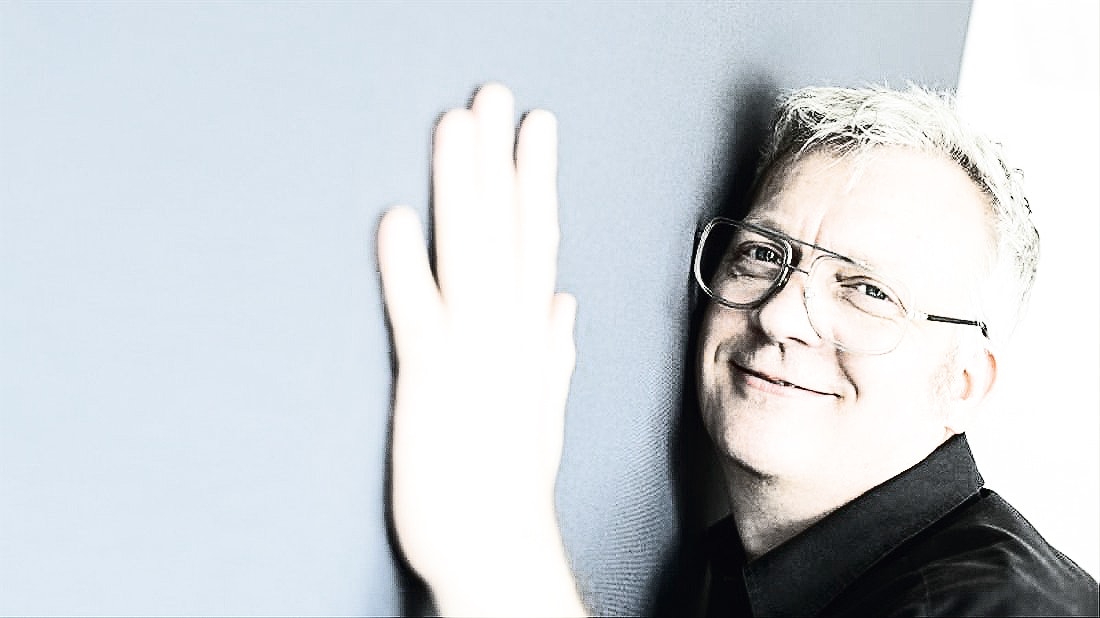 For us, as an internationally experienced studio acoustics specialist, an exceptionally exciting project. The challenge of planning and implementing six studio rooms at this high level for an enormously demanding customer at the same time not only challenged me personally, but the entire mbakustik team. In particular, the consistency with which SDM and Stefan approached the building project, and which can be found in countless details, was a lot of fun for us and led to SDM uncompromising studio acoustics. A unique project!

Unique view in the limelight

As the largest control room, Control A has a studio glass pane with a breathtaking panoramic view of the Frankfurt skyline. In order to put this unique view in the limelight, the mbakustik GmbH deliberately dispensed with visually disturbing frame construction and glued and sealed the mitered glass panes directly to one another. With a window width of 5.70 m, this means an immense challenge to the statics of the self-supporting cladding. The drywall builders at mbakustik GmbH have mastered this special feature excellently.

“Foundation stone” laid for the six studio rooms. All walls are decoupled from the existing structure by structure-borne sound bearings. Thus maximum sound insulation is also in the floor below.

A room-creating expansion with the in-house acoustic design system (ADS) from mbakustik GmbH ensures error-free damping of the control room in the entire frequency range. The important reflection-free zone (RFZ) is as large as possible. The reverberation time is short and even, and longitudinal and transverse modes are optimally attenuated. In the rear third, Skyline diffusers in the special color gold and D517 diffusers in white ensure maximum dispersion of the remaining reflections. The effect of the conventional bass absorber of the acoustic design system (ADS) is supplemented in Control A by two permanently installed compensation subwoofers as active bass traps. This ensures that the room always behaves linearly even at very low frequencies. Thanks to the wide LED light profiles integrated into the Acoustic Design System (ADS), the room is also zoned and illuminated without glare.

Front wall of control room A is almost complete. All supports in the window area are only provisional, the director’s window later does not need any posts.

The perfectionist in us

A practically noiseless air conditioning of the room is realized with convectors that work without any fan. Therefore it emits practically no interfering noise – ideal for particularly demanding audio control rooms. The convectors need “space”. This is why they were integrated directly into the acoustic design system (ADS) in order to combine acoustics and air conditioning at the highest level.

Two large monitor systems are used in Control A. The impressive top model from the German quality manufacturer Neumann, consisting of two KH420 three-way monitors. Each with a KH870 subwoofer, and the Barefoot Masterstack 12 in the special color white. This first and so far only example of the top model of the American premium manufacturer in Germany. It was calibrated on-site by mbakustik GmbH with the personal support of Thomas Barefoot. This system is particularly impressive with its resolution, speed, and high-level stability.

Acoustics in control room A has been completed. Markus Bertram carries out one of several control measurements. The compensation subwoofers are put into operation and calibrated for the room.

In addition to Control A, two other medium-sized control rooms were realized. Control B and Control C, which were also expanded with the acoustic design system (ADS) and both have a powerful compensation subwoofer. The smaller editing rooms Control D and E are equipped with mbakustik broadband absorbers of type A115. Therefore a total of five control workstations are available. Studios B to E are equipped with Neumann KH310 active monitors and KH870 subwoofers and studio tables from Sessiondesk. For the large Control A, Sessiondesk made a custom-made extra-wide trapezoidal table.

The frequency response at the listening position in Control A, B and C corresponds, among other things, to the strict +/- 3 dB specification of the European Broadcast Union (EBU) and thus meets all building and room acoustics requirements of international studio standards for control rooms. The smaller Control D and E are within a +/- 5dB corridor and meet all building and room acoustic requirements of international studio standards for editing rooms.

The fully air-conditioned Vocalbooth, a small recording room for voices. It impresses with a constructive ADS bass trap, as well as a broadband absorber of the type A115 and a sound-absorbing curtain of the type AV15, both from mbakustik GmbH’s in-house acoustic manufacture.

This means that the Vocal booth not only offers a breathtaking view of the Frankfurt skyline. It also offers top-quality room and building acoustics. 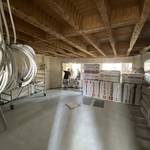 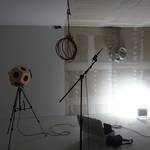 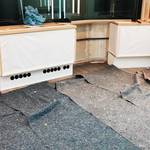 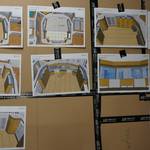 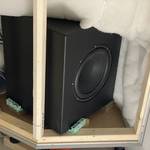 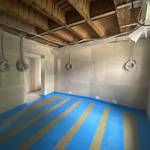 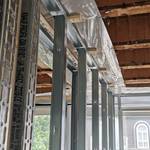 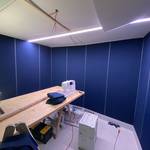 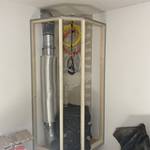 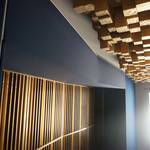 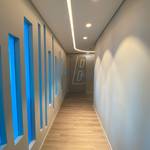 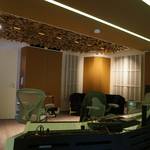 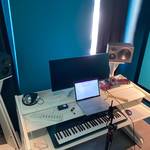 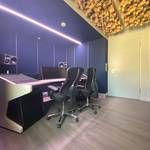 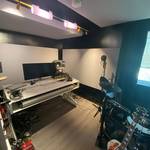 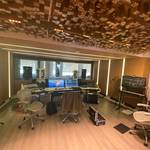 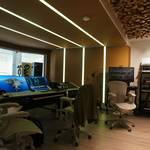 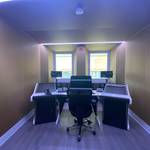