In this private music studio in Bremen everything is happening in one space: songwriting, recording, editing and mixing. When only little space is available and the studio is located in a quiet residential area, studio planners have to come up with good ideas.

Luckily we got into this project very early. In order to minimize the transmission of sound to the rest of the house used by the studio owner himself, we supported the client and the architect in setting up a room-in-room structure. Like this, airborne sound transmission and structure-borne noise have been minimized allowing trouble-free operation even in the evening. The ventilation system was integrated into the interior design and the room geometry has a beneficial effect on room acoustics. 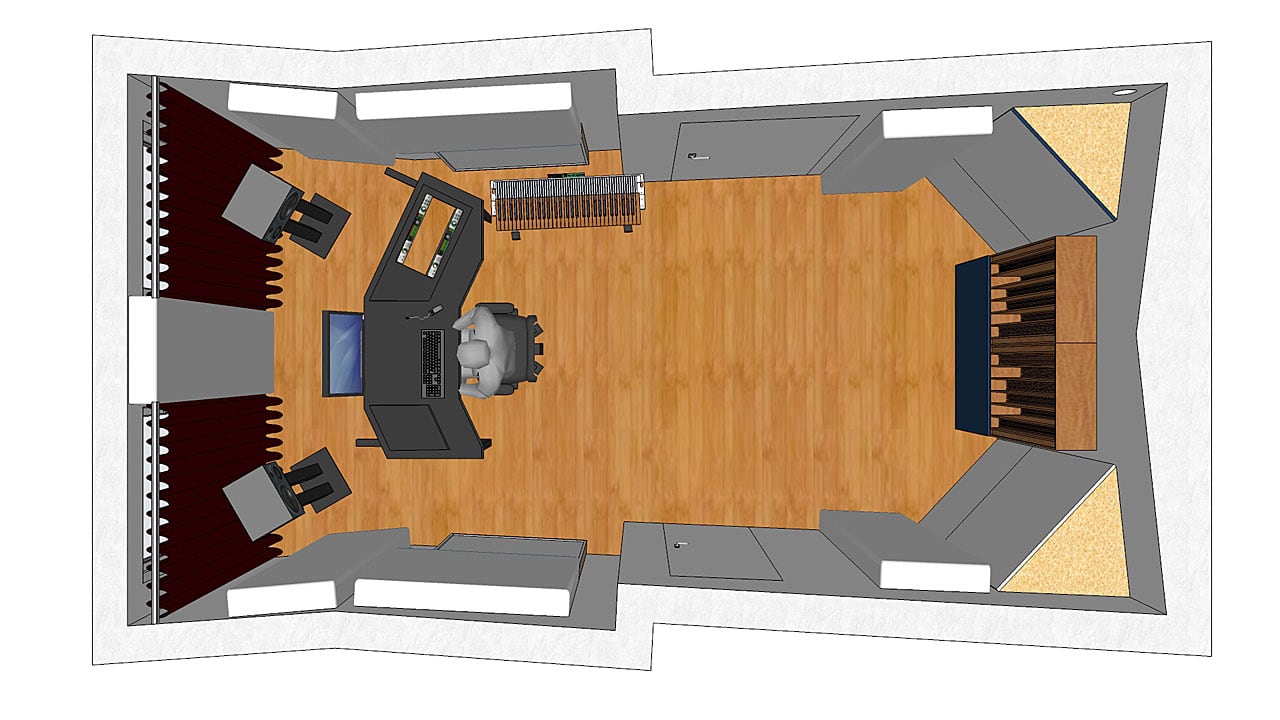 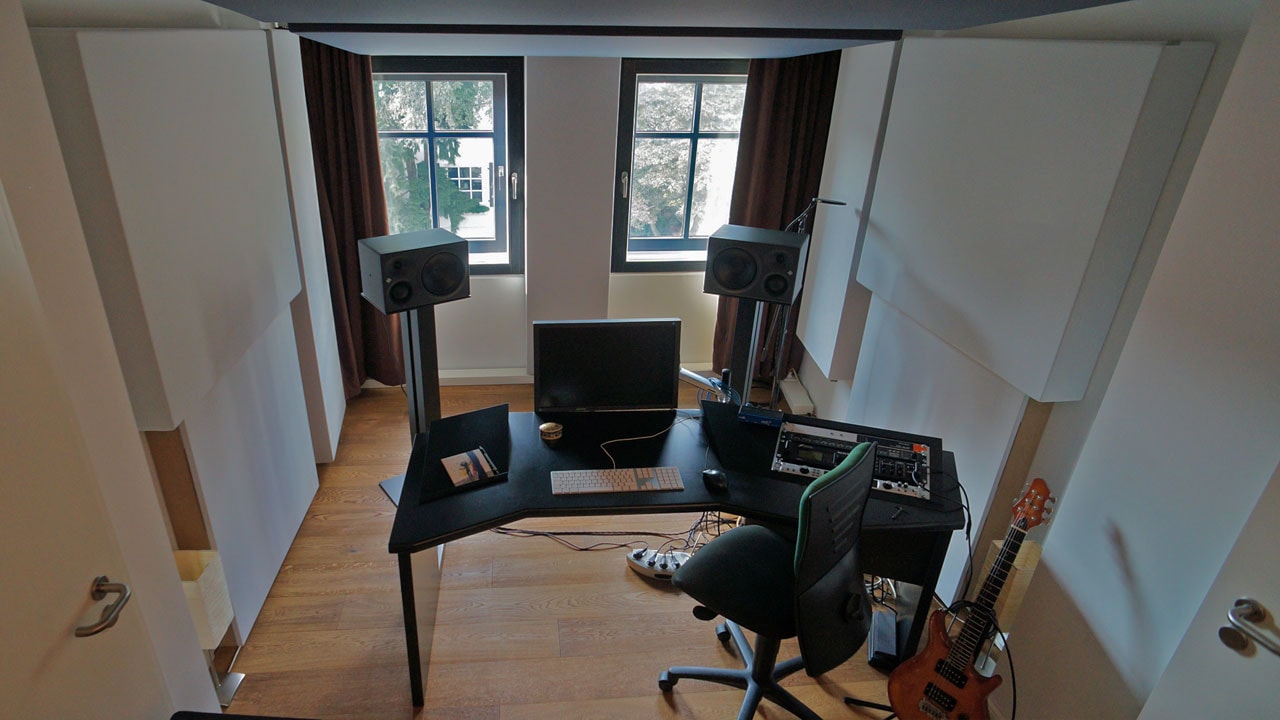 View to front wall[/caption] After completion of the shell, we executed measurements on site to determine the dominant room modes. The bass response of the room is controlled by a total of 5 bass absorbers on the back wall. In addition to that, two RAB100 control transversal modes on the sidewalls besides the listening position. Broadband absorbers of type A115 and acoustic curtains of type AV12 ensure a dry, controlled acoustic space while two diffusers type RPG QRD 734 on the back wall bring back liveliness to the sound. [one_half] [caption id="attachment_1123" align="alignnone" width="1280"] 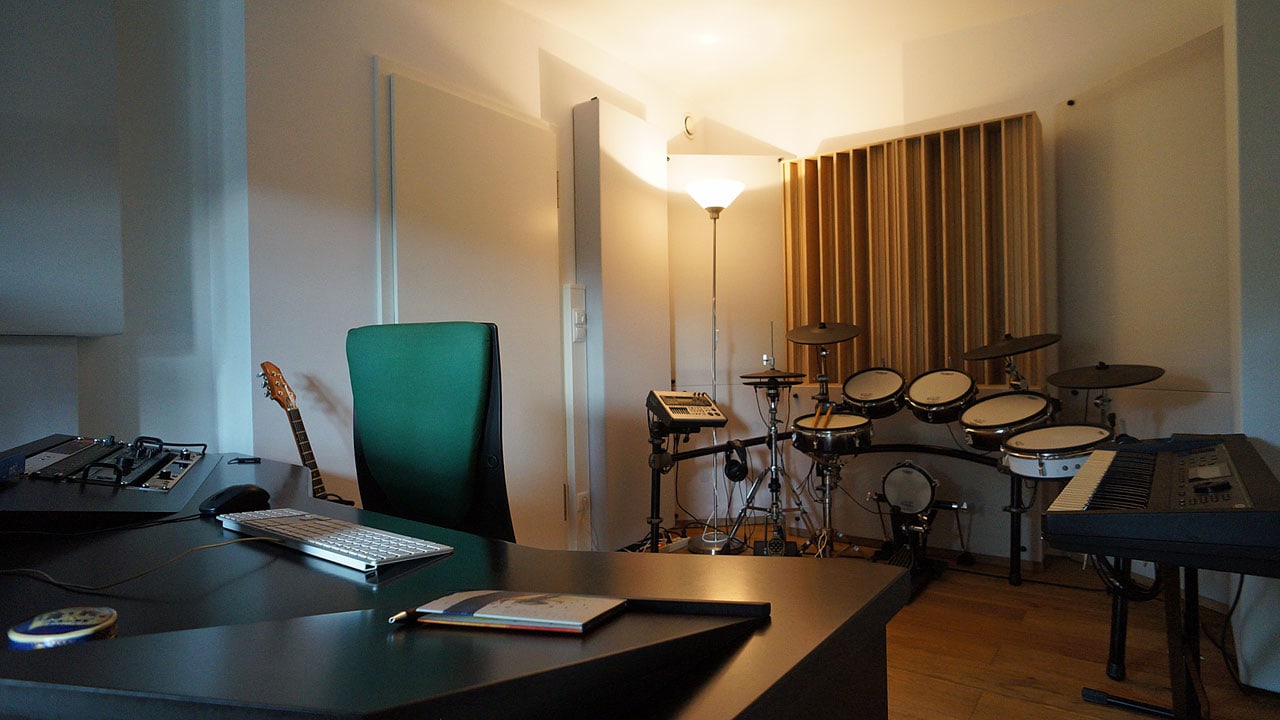 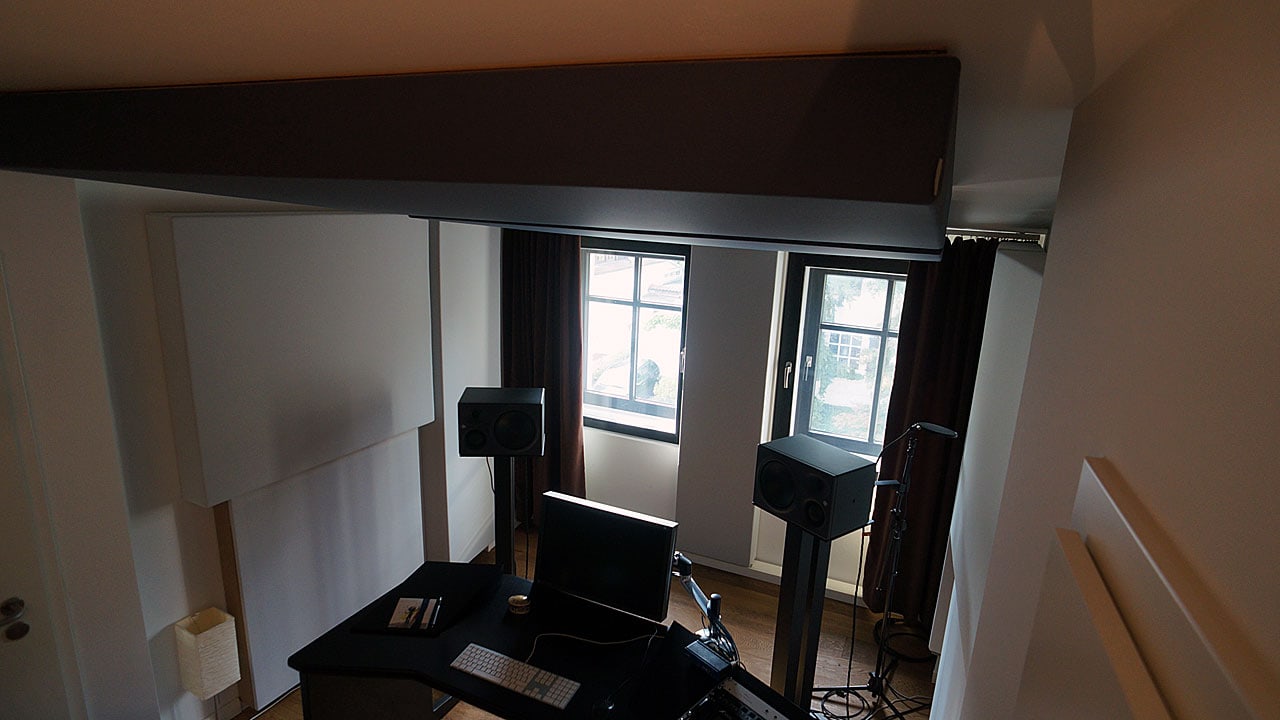 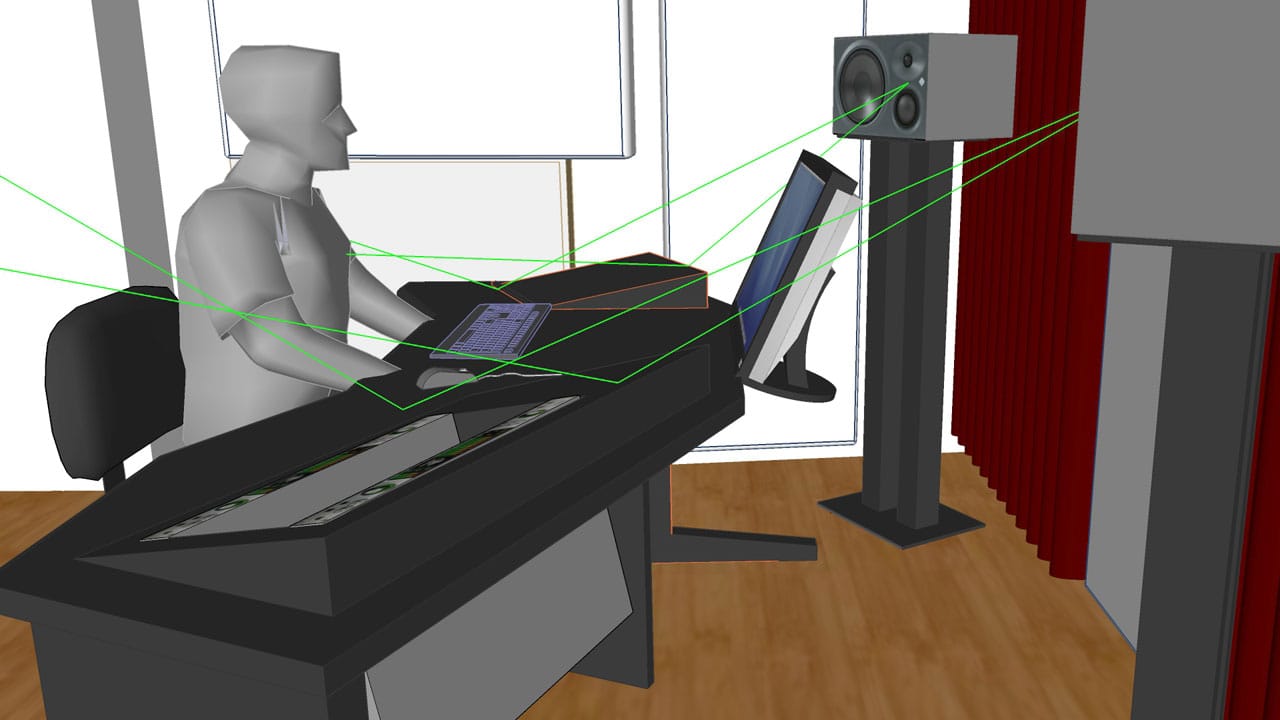 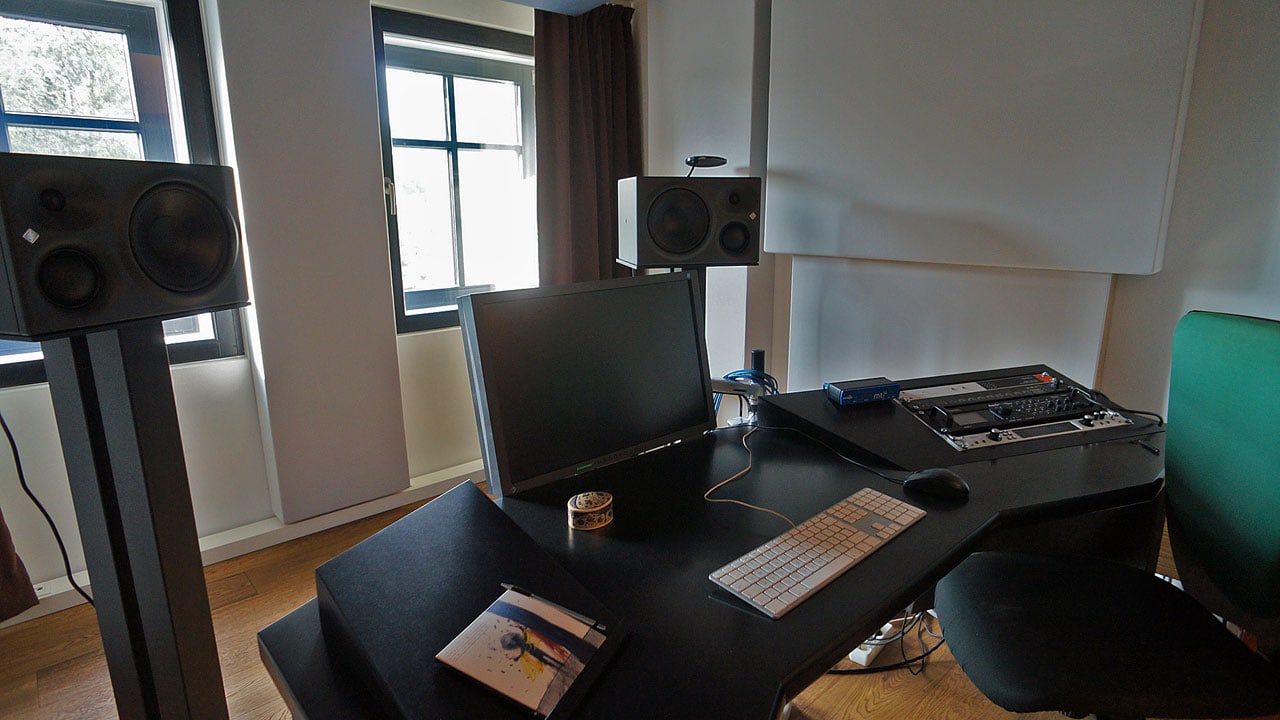 ... and in reality[/caption] Since the width at the listening position is very confined and the front windows were to remain accessible despite having a ventilation system, we have designed and built a custom made studio table for this room. Although the table could not be designed symmetrical due to the passageway on the left, we managed to obtain a very small stereo difference. By angling surfaces and lowering the TFT-display reflections and shadowing effects have been reduced significantly whereas the light structure is minimizing diffraction effects. Heavy, sand filled speaker stands made of steel are completing the room equipment. [/one_third_last]
ShareTweetSubscribe